I have the pleasure of informing you of two high-profile short courses that will be offered by the Department of Criminology from September 2015. The development of the Professional Development Programmes in Stabilisation and Governance, Corruption and State Fragility is being led by two members of the SCID Panel of Experts – Malcolm Russell and Keith Sargent, respectively – and will be delivered by them at a one-week residential course in Leicester alongside other leading international experts in their respective fields.

The courses are aligned to the SCID programme and will provide participants with the opportunity to secure credits to pursue the SCID programme should they wish. The Governance, Corruption and State Fragility course is also accredited by the Chartered Management Institute (CMI).

Further details can be found on the website (Stabilisation and Governance, Corruption and State Fragility) and the brochures (below).

We would be very grateful if you could tell any of your colleagues, friends and others who you think may be interested in these exciting, innovative and important courses, which aim to equip participants with enhanced understanding of and ability to address some of the key challenges posed by conflict-affected environments.

Thank you very much. 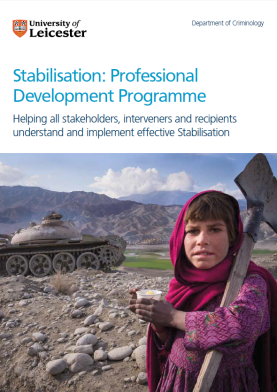 African countries all seek emergence a way or another. The path to emergence is long and tortuous. unfortunately “scourges” like corruption,  political crisis and military conflicts negatively affect that “hope for development”.

The case of Senegal is a good example of an African country seeking development and reaching its goal. Senegal is always cited as an example of good governance and good practices compared to many other countries. A Senegalese NGO created an indicator (mackymetre.com)  to measure the level of implementation of President’s Macky Sall presidential program. The Senegalese note their president’s program in terms of what has effectively been achieved since Macky Sall is in power. As of today, 100 key actions have not been executed, 23 are being implemented and 15 have been achieved. 9.6 per cent of the Senegalese are satisfied with the implementation level while 31.2 per cent are not! Those results just confirm the world bank latest “doing business” ranking regarding Senegal which ranks 178 out of 189 countries. On the other hand, Mo Ibrahim’s Foundation for Governance, ranks Senegal 10 out of 52 countries in 2013.

This Senegalese progress and governance indicator should become a reference in west Africa and be implemented as much as possible in order to foster governance good practices and democratic scrutiny.

Although Senegal still faces the Casamance crisis, the country is reaching development at a reasonable pace despite a difficult business environment!

Another country that deserves our attention is Cote d’Ivoire. The country came out of it’s political crisis in 2011 and is growing fast in specific fields and is slow in others!

Cote d’Ivoire is still in a post crisis environment because stabilisation is not achieved yet. Indeed, major fields like Governance, social reconstruction and economic recovery, Security Sector Reform (SSR), Justice and Reconciliation are unevenly taken into consideration.

President Ouattara announced emergence in 2020. This announcement was made without any public consultation to make sure people understood what “emergence” meant exactly?

So Cote d’Ivoire is performing great regarding major investments but insufficiently regarding small and medium businesses involved in economic recovery. Justice is still unevenly applied, social reconstruction is more or less on it’s way, governance needs to be strengthened, SSR is hardly implemented because of a lack of national ownership and a lack of independent monitoring/assessment mechanism. At last, reconciliation is stalling because the major actors concerned are lacking political will and the origins of the crises that stroke the country are not tackled efficiently and entirely.

The stabilisation process will continue to stumble and stall unless problems that led to all the crises are solved a way or another. It is precisely the lack of involvement of the actors which slows down the whole recovery process that should if achieved lead Ivoirians to emergence in 2020.

Finally, in the case of Mali a political crisis melt with a terrorism issue. Mali is far from emergence therefore efforts are being made in that end. The major issue for now is pacification of the territory and solving the issue with MNLA. Recovering the territories is the priority and fighting Al Qaida is a prerequisite to peace and prosperity in the country and furthermore in the region.

From those three specific examples taken in west Africa, one can easily assess the need for a sound, coherent and inclusive stabilisation and recovery program in a post conflict environment in order to reach emergence.