I have recently reflected on whether there are lessons from peacebuilding practice and policy that could be usefully applied in countries ostensibly at peace. Those countries facing crises posed by populism could benefit from some of the practices and principles aimed at repairing the social contract and building commitment to the state. Notably, the principles of local ownership and ways in which inclusive and meaningful local ownership is generated could be considered. 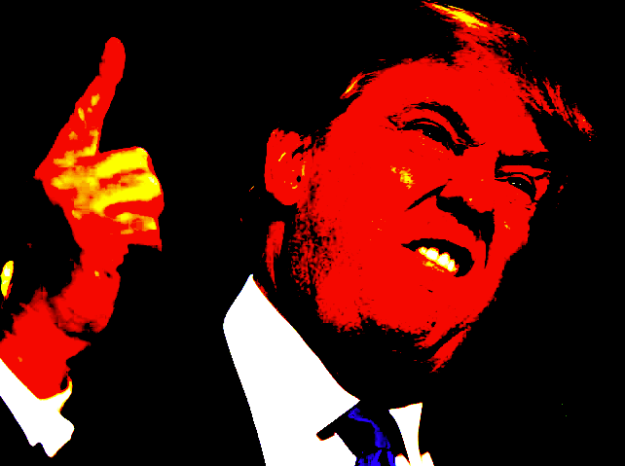 The Principle of Local Ownership

In post-conflict environments, the principle of local ownership is considered to be critical to the likelihood of success and the legitimacy of peacebuilding interventions. There is generally broad agreement that local ownership is fundamental if the outcomes are to be locally accepted and responsive to local needs and, thus, sustainable. Taking Security Sector Reform (SSR) as an example, if the locals beyond the elites are not engaged from the outset in SSR programmes, it is unlikely that the reformed or reconstructed security and justice sector institutions and policies will be responsive to their needs or enjoy broad-based public confidence and trust. The institutions and policies will thus likely fail and, in so doing, compromise broader peacebuilding efforts.

There is, however, often a gap between policy and practice, and the concept of local ownership often narrowly interpreted in terms of who owns what or ignored entirely. Moreover, the focus of SSR often continues to be on building state institutions, rather than building the relationship between people and the state, which further limits the extent to which people, particularly at the community level, are engaged in SSR processes.

There are ways, however, in which to promote engagement and thereby build the requisite public confidence and trust in state security and justice sector institutions, and ultimately, the state itself. One way is to incorporate community security structures into SSR programs. Community security structures can include community safety or security groups which involve representatives of the community, security agencies, political administration and other stakeholders coming together to identify and address security concerns in the locality. Ideally, these concerns and ways in which they could be addressed would feed into state-level efforts to reform the security sector based upon agreed priorities and needs. This could be considered to be a hybrid approach to SSR, incorporating top-down and bottom-up approaches to building security and justice after conflict. It would enable voices beyond elite and dominant groups to inform SSR programs and, thus, subsequent structures, policies and processes. Peace dividends, particularly post-conflict justice and security would, thus, be enjoyed beyond privileged and elite groups.

Of course, engaging people at the community level in such processes can be costly, time consuming, and carry risks. SSR and wider peacebuilding processes should be seen, however, as complex and long-term processes – ones that are instrumental to SSR outcomes – foreshortening processes, bypassing risks by limiting engagement does not build state resilience or sustainable peace. Rather, state resilience, effective state security and justice sectors institutions, and long-term, meaningful peace are all, in large part, built upon the extent to which people can influence decisions that will shape their security and their futures.

The Crisis of Populism

The principle of local ownership, and ways in which it can be realised, could be equally applied at home – in those countries ostensibly at peace and which engage in peacebuilding practices elsewhere, many of which currently face crises associated with populism. Where confidence in the democratic process has declined and populist leaders take advantage of disaffection and disquiet, creating opportunities for meaningful engagement in the decisions which affect people’s lives can help repair the social contract and confidence in state institutions. Opportunities could include establishing community security groups as a forum through which security concerns are raised, grievances aired, information shared, awareness raised, and social capital increased (the networks of relationships among people who live and work in a particular society, which enable that society to function effectively). Such initiatives could help counter rising mistrust and hatred between groups by creating a forum in which groups come together and concerns are raised, as well as build knowledge of and investment in democratic processes. Populism breeds violence and increases division, which efforts to promote better dialogue between groups and with representatives of the state could help address. Indeed, bottom-up and hybrid approaches to governance in those very countries which advocate for such an approach in countries emerging from conflict, could help address the current crisis of political authority and legitimacy.

Moreover, such an approach to addressing crises of confidence in democratic systems could help navigate future crises in peacebuilding, where the credibility of external actors engaged in peacebuilding and building democratic systems elsewhere may otherwise be compromised. More broadly and more bluntly, it could help counter the hypocrisy of principles applied abroad but not at home. Indeed, unless efforts to repair the social contract at home are made, peacebuilding efforts elsewhere may become ineffective – how crises at home are navigated will impact the extent to which stakeholders in crisis-affected countries elsewhere will accept advice or engagement, particularly when it comes to imparting wisdom about democratic traditions.

Lessons regarding risks and limitations of, for example, drawing from community security structures to inform SSR, can help inform ways in which to build confidence and engagement in the democratic process and its institutions. Risks include that grievances aired may create conflict as well as potential consensus or resolution, that structures aimed at broadening engagement and inclusion can be co-opted and used simply to legitimise ‘business as usual’ – exclusive processes benefitting elite agendas. Limitations include that community level structures often replicate power relations at the state level, and marginalised groups may be equally marginalised in community level structures. Lessons can also be drawn from the example of integrating community security structures into SSR programmes to address ways in which existing community initiatives at home can inform policy, engage different groups at the community level, and help share knowledge and build trust between representatives of the state and the people they serve. This could help generate the type of influence over politics, policy and institutions that would remove the attraction of protest votes, such as those that contributed to Brexit and the election of Trump.

There are, of course, differences between conflict-affected environments and those ostensibly at peace – including opportunities for engagement in politics in peaceful societies that may not exist in conflicted places. Nonetheless, the social contract is evidently damaged in many countries facing crises associated with populism, with increased levels of hate crimes, violence and vitriol. Drawing lessons from peacebuilding policy (and to a lesser extent, practice) could help forestall growing mistrust between groups, address democratic deficits, and rebuild public confidence and trust in the state and its institutions.