In the blog post linked at the end of this paragraph, Nathan Tuffin, Portfolio Manager with the Languages, Literature & International Engagement Section of AHRC talks about the experiences at the Post-Conflict Research Workshop, held in Bogota and Medellin, Colombia last month – Source: A Blog from Colombia – An AHRC perspective.

I attended the Post-Conflict Research Workshop organised jointly by the Research Councils UK (RCUK) and the Government of Colombia, held last month in Colombia. During the Workshop the dynamics of the conflict and the prospective peacebuilding challenges were considered, and priorities were identified in terms of areas where academic researchers can help contribute to addressing these challenges. I thought the blog post linked to above might be of interest to some of you – I will share the identified priorities and outcomes once they are formalised. I also wanted to share some further thoughts on my visit to Colombia, in the hope that some of you will comment (which I would find very helpful) or write short blog posts on your views of a conflict-affected environment you work in, have visited, or have read about.

This Workshop and my short visit to Colombia left me with an impression of the enormity of the challenges facing a country that has seen 50 years of conflict. It is also a highly complex conflict, not least in terms of how it has changed over time; the hundreds of thousands of victims; the many different actors involved, their activities and alliances which also fluctuate over time; and the way in which the conflict affects different geographic areas and socio-economic groups differently. Indeed, it seems the only constant factor in the conflict has been that the poor and the marginalised have disproportionately suffered – even in places less afflicted by the conflict – as it often is in conflicts worldwide.

Aside from the enormity of the challenge, I was also struck by the capacity that exists within Colombia to address these challenges. Aside from the institutions (often afflicted by corruption) and the legislative framework (comprehensive but not always adhered to), the strength of civil society was what impressed me the most: the number of human rights defenders, lawyers, academics, journalists, as well as indigenous, Afro-Colombian, peasant farmer and other community leaders – and the quality of their work, their commitment to peace and their courage. While this capacity exists, many are threatened and have been killed by guerrilla and paramilitary groups, especially if their focus of attention is on the activities of powerful or clandestine groups. Colombia has one of the worst records of assassinations of human rights defenders: last year, over 54 human rights defenders were killed (The Inter-American Commission on Human Rights, 2016), which constitutes about a third of all deaths of human rights defenders that year across the world (Front Line Defenders, 2016).

I was also left with two other lasting impressions; lasting because what I saw and heard I found hard to make sense of. Firstly, the issue of ‘false positives’: this concerns the routine execution of civilians (generally poor and marginalised males, including homeless people, disabled people, farmers, children) by the Army between 2002 and 2008, who were subsequently dressed up to look like guerrilla fighters. This was in response to pressure on the Army to show more combat kills and further to calls for the success of the Army in the fight against FARC and ELN to be judged in terms of blood shed or rather number of guerrillas killed. While the FARC and ELN were trained guerrilla fighters and, in some cases, in cahoots with the state armed forces, it was often more expedient to kill poor people and then dress them up as FARC or ELN soldiers. People were lured away to remote areas with the promise of jobs and then killed, dressed as guerrilla fighters with weapon placed in hands, and photographed. Evidence could no longer be ignored when photos showed a young disabled man who had been killed who had recently been reported missing in a city far away; he was clearly unable to properly hold let alone shoot a gun (and he, along with most of the other false positives, had never had any association with guerrilla groups). Other photos showed shoes on the wrong feet and uniforms without bullet holes over bodies that had been shot. Over 3,000 people were killed and evidence shows that engagement in extrajudicial killings was systematic and widespread throughout the Army (information from interviews – see also Human Rights Watch, 2015, and the International Federation for Human Rights (FIDH) and the José Alvear Restrepo Lawyers Collective (CAJAR), 2012). 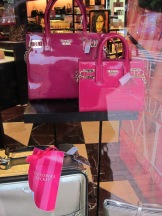 Secondly, in parts of Colombia it is easy to overlook the fact that a conflict is on-going, and in parts of Bogota it is even easy to imagine there is no insecurity, violence or hardship. This is part psycho-social, part geo-political and part communications strategy employed by the Government. In Zona Rosa (Bogota’s Pink Zone) there are many malls, designer shops and restaurants. Only a kilometre or so away are slums and large, highly impoverished communities. It is from these communities that many men were taken away and killed and presented as fallen guerrilla fighters by the state armed forces. People living and working in Zona Rosa and similar privileged areas are more likely to believe Government rhetoric and media reportage of terrorists rather than guerrilla fighters, and the undeserving rather than victimised poor, precisely because they see little evidence of insecurity, injustice or conflict. They are less inclined to be supportive of the peace process, believing it constitutes negotiating with terrorists. They might also be assumed to be less supportive of an eventual peace process, if the voices of victims are to be heard, if history is to be examined and memorialised, and if financial support in the form of increased taxes is to be sought to pay for the necessary peacebuilding programmes (land restitution, transitional justice, DDR etc.). 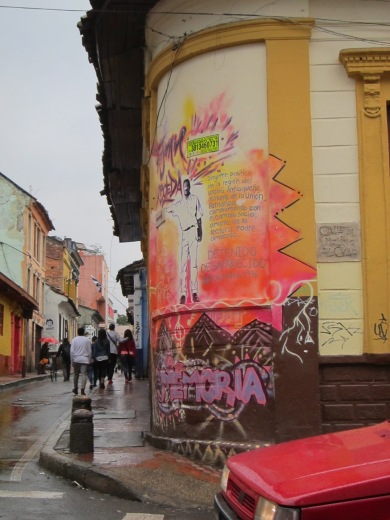 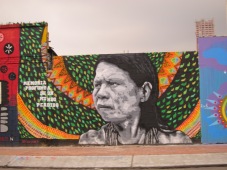 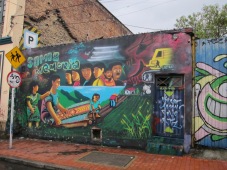 Psychologically and socio-politically, it is very difficult to move beyond oppression, victimisation and atrocity without an acceptance that is has occurred and was wrong. In his outstanding book, Stanley Cohen (2001) talks about ‘states of denial’, which is when people, governments and societies know about atrocities but ignore them. To assume responsibility for not taking action, or taking a stand when it could have been taken, is very difficult at the individual level: narratives and stories are constructed, histories re-written, and blame reassigned, to avoid dealing with the pain or discomfort. In Colombia it was clear there was general awareness of the massive socio-economic inequalities that existed. I was also told that many members of the Army killed poor people not because they themselves were threatened if they did not but because they would be rewarded with a bonus, extra leave days or promotion. There was no denial of what was happening, and seemingly no insurmountable pressure to commit such atrocities; but there was a reconstruction of the poor as undeserving, as lesser, as not ‘the good ones’ (as I was told was the phrase used in Colombia) and thus seemingly dispensable and irrelevant. 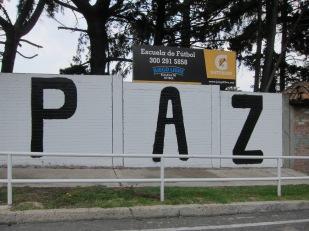 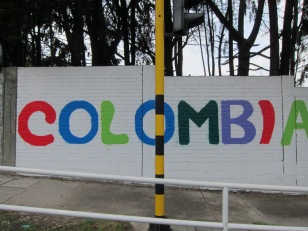 Coupled with the stranglehold of organised crime on Colombian society, it is hard to envisage effective peacebuilding where there are such inequalities and injustices and little evidence that there is the political will to address these – no matter whether an Accord can grapple with the challenges of land ownership and restitution, DDR and ‘concentration zones’, and bottom-up peacebuilding (paz territorial).

When there is such inequality and such apparent disregard of the suffering of the poor and marginalised, it is hard to envisage how there can be a stable platform upon which successful peacebuilding can occur. Of fundamental importance to successful peacebuilding is the need to address structural inequalities if the dynamics which lead to conflict, violence and insecurity are to be changed: those dynamics which create the conditions for further victimisation and which also compound grievances. If there is a reluctance to acknowledge the injustice of massive disparities in wealth and opportunity, to witness the crimes suffered by the poor and dispossessed, and to acknowledge personal responsibility in contributing to a better society for everyone, there is little hope for building a more peaceful society. There can be no peace, if large sections of the population live without security, justice and opportunity. Moreover, if some, privileged groups do not acknowledge that there is a conflict (but only see terrorists and criminals and the undeserving poor) it is hard to envisage that there will be little commitment to the means necessary to resolve the conflict and build peace. To resolve conflict and build peace it is first necessary, of course, to accept that there has been a conflict – and from there begin to unpick the causes of that conflict.

International Federation for Human Rights (FIDH) and the José Alvear Restrepo Lawyers Collective (CAJAR) (2012) Colombia: The War is Measured in Litres of Blood, FIDH and CAJAR, available at https://www.fidh.org/IMG/pdf/rapp_colombie__juin_2012_anglais_def.pdf.